Good performance. An artistic quandary, ripe for philosophising in the most postmodern fashion. That is to say: it’s vague and weird, alright.

The tenets of good acting are subjective, but not really. At the end of the day, we can intuit what performance either speaks to our souls, or leaves us a little embarrassed. Yet, something has blurred this line for me recently. Something wonderfully deceitful.

Let’s take a trip to the world of VFX, and the phenomenon known as ‘DeepFakes’. DeepFakes are created by a program that reconstructs an actor’s likeness using reference material from their films/shows, and attaches it to a target. At times it’s alright. At other times, it’s shockingly convincing.

Take a look at this video:

This Han Solo DeepFake poses a question about the lucrative nostalgia market that’s dominating Hollywood. When I first saw just the film (without the DeepFake), Ehrenreich’s performance struck me as mimicking Harrison Ford’s. Not evoking, but trying to replicate.

It’s as if the most impressive part of the performance was not how realised they could make the character, but rather how closely they could get Ehrenreich’s performance to match Ford’s Han Solo. Voice. Body Language. Hell, even his haircut: as if Han Solo hasn’t swapped up his cut in ten years. This DeepFake video confirmed my nascent suspicions, bringing to form something that only lay swarming in my imagination. The mimicking of Harrison Ford was not only deliberate, but an ambitious attempt at a new kind of talent. Which got me thinking, what is the merit in flawlessly impersonating another performance?

Take this video of Jim Meskimen doing impersonations of various actors, while their actual faces are DeepFake’d onto him.

It’s not just the voice and cadence, but the countenance and the movement. There’s so much detail, thought and practice behind every one of these. I’m convinced that if he were to make a DeepFake video dedicated to just one of these impersonations, most people would not be able to tell that it's fake. Spooky.

As this technology becomes increasingly accessible, the distinction between real performance and the replicated one becomes greyer. Convention beckons us to wonder if Ehrenreich’s imitation of Ford is untruthful, or somehow less valuable than what it copies.

What’s even the point of it all?

The point is to do the impossible.

Flawlessly bringing back actors from the dead seems like an improbable and possibly immoral idea. Yet it’s already happened. Peter Cushing, Paul Walker, Marlon Brando, all these actors were digitally resurrected for the screen to not quite a seamless level, but close. In a few years it’s more than likely that we’ll have the technology to make a performance so convincing, that you’d never realise it was all digital.

We’ve all heard that notion of an actor being born for a specific role. I think it’s a ubiquitous feeling for a lot of people, about actors who owned their respective roles in a way no one else could have. A few exceptional examples spring to mind like: Ben Affleck in Gone Girl; Christoph Waltz in Inglourious Basterds; RDJ in Iron man; Meryl Streep in The Devil Wears Prada; Keanu Reeves in John Wick; Daniel Day Lewis in Gangs of New York. It’s not just that they were good in those roles, it’s that their specific quirks as an actor fuse so well with the character they portrayed, that no one else could have possibly made those performances as rich and compelling as they did.

Take Robin Williams as the Genie from Aladdin. Yes, the circumstances of animation are different from film, but they both require great actors nonetheless. Overlooking the drama that went on behind the scenes between the actor and the studio (check out Lindsay Ellis’ video), Williams’ idiosyncratic personality informed the visual qualities of the impossibly kinetic character. Inversely, it was only because of the limitless potential of animation that the unique magnificence of Williams as a performer could be showcased so well. Actor, character, and production fed into each other at every stage of the project. He was so conflated with that character, that in the 2019 remake, Disney didn’t even attempt to replicate it, and instead opted to call on the charm of the fresh prince. There was also a direct-to-video sequel that didn’t use Williams which, needless to say, sucked.

In fact, this is how I imagine the relationship goes between writers and actors of long running shows. The writer gets a sense of the actor’s quirks, and compensates accordingly. As for actors, the more they play that character, the more they themselves sense an interiority of their character, and are thus able to express a complexity about them. That explains why recasting characters in long running shows almost never works.

So, is this relationship between actor and character absolute? Not necessarily. To use a pertinent example, let’s look at Obi-wan and the actors who have played him. Alec Guinness has been lauded as the soul upon which the first film worked so well, and by extension, the entire Star Wars universe rests upon his brilliantly understated performance. Then comes along Ewen McGregor and brings a sophisticated swashbuckling to the character that fans absolutely adored. His performance takes bold use of creative license. Allowing McGregor to breathe life into the character allows the silences of Guinness’ performance to breathe, taking on new, evolving context.

On the other end of the spectrum, Jack Nicholson from The Shining is written superbly, no doubt, but it’s because it is that particular actor that makes it so engaging.  The way he boorishly downplays his mania. The wry condescension. The underlying selfishness, of deep interiority, that you can’t help but see in his performance. Could another actor have conveyed these qualities about Jack Torrance? Sure. Probably

I recently saw a DeepFake video where Jim Carrey digitally replaced Jack Nicholson in the scene where he berates Wendy for disturbing him. It got me wondering why they chose Jim Carrey, and what the film would’ve been like had he been the star (a hypothetical scenario of course, since Carrey was only 18 years old in 1980). Carrey has been typecast as the manic man, so sure, I can see that. Ace Ventura and The Mask are two eccentric roles that he nailed (reminiscent of roles Nicholson took later in his career like the Joker). But it’s too loose. My understanding of Carrey as a performer would imagine him as overtly crazy. It’s hard to imagine young Carrey render the reserved, pernicious insanity at the heart of Nicholson’s performance. I realise this exercise sounds unreasonable. I’m speculating on how another person who I’ve never met, would’ve played a specific role, of which the director’s intent remains opaque. It’s an ineffable feeling.

As a filmmaker, I understand that in the process of designing a film, script development doesn’t necessarily start and stop with the screenwriter. Actor and character feedback into each other, like an AI program learning and adapting to most effectively complete its task. In the case of Nicholson in The Shining, a lot of elements contributed to this end performance.

First, he was a younger man, idealistic and hopeful that he had yet to prove himself as a first-rate actor. Secondly, the production of The Shining is well documented to have been a stressful working environment, with a pedantic and manipulative (borderline sociopathic) Kubrick pressuring his actors (especially Shelly Duvall) to get the performances just right. Lastly, Nicholson’s personal life seems to echo the vices of Torrance. He had gotten married and divorced, made his way around a host of partners, and conceived children whom he neglected in order to focus on his career. So yeah, finding an emotional crux to support the character of Torrance may have had a truth that permeated in his performance.

The nature of casting actors is a beautifully serendipitous decision. In the case of Solo: A Star Wars Story, casting a relatively unknown actor like Ehrenreich, might have been a calculated decision by Lucasfilm to tap that sweet nostalgia tree. Among the turbulent production of the film, Lucasfilm hired an acting coach for Ehrenreich, supposedly with the goal of getting his performance to precisely replicate Ford’s Solo.

Consider how Solo’s early life in the film is dictated by an oppressive / fascist government narrowing his freedom, and then consider how the studio interfering behind the scenes mirrored the themes of the movie. So, much like Nicholson, it seems the circumstances of the production parallel, and inform the resulting performance. Luckily for Lucasfilm and Disney, Ehrenreich turned out to be an incredibly talented impersonator, which that DeepFake video allowed a beautiful accentuation of.

Alas, my question remains: can Ehrenreich really express a character through this canvas of imitation?

Yes. I’d say imitation doesn’t restrict itself to show and no substance. I think Ehrenreich strikes a clean balance between imitating Ford and crafting a unique interiority to Solo. One that rather eloquently implies how and why Solo is the way he is, when we first see him shoot Greedo in A New Hope.

This film has done something amazing. It’s almost seamlessly stitched together the needs of Disney to make more movies, and the jarring disbelief of seeing a different actor in prequels and origins stories. Even more exciting is, we can bridge that final gap with this new DeepFake technology. Imagine showing this to your kids in chronological order with the whole movie of Solo DeepFake’d. They would have no idea.

In light of these potentially endless possibilities, it behoves us to remain considerate. I have no doubt this technology will be used for nefarious purposes, if it hasn’t already. Conversely, I’m beyond excited for the truly artistic endeavours future filmmakers will utilise this for. In Disney’s newest season of The Mandalorian (Spoilers) a CGI Luke Skywalker shows up. Since the show takes place just after the ending of Return of the Jedi, it’s a young Luke; wise, mysterious, and powerful. Something fans fantasised about seeing after 1983, and thought forever a pipe dream once the actor was too old to reprise his role.

A beautiful artistic movement is just beyond the horizon, an incipient revolution of imagination into form.

Sputnik: The Russian Identity and Aliens 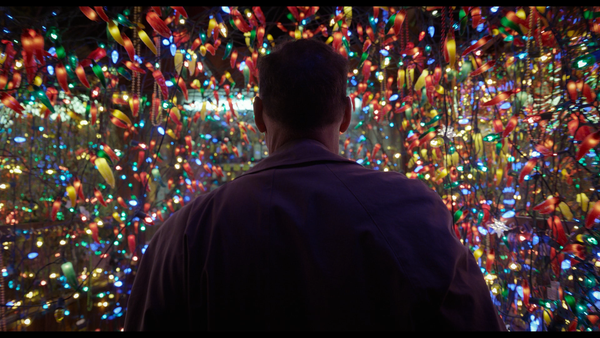