Inland Empire is David McNeill’s column about world building, CRPG’s, love, loss and many other kinds of literary vulnerability.

When you create your character in Disco Elysium for the first time there’s this skill called Inland Empire. The description is something like gut feelings, dreams in the waking life. This is in there with skills like Authority and Empathy, things that you can pretty easily tell would be useful in an RPG character build.

And you don’t know the first thing about the world. I remember making my first character and scratching my head - it’s such a “what does that even mean moment” and I immediately wanted to find out what it does.

When you start playing the story and understand that the world of Disco Elysium is fading into some kind of mysterious thing called The Pale, it suddenly becomes possible that the skill Inland Empire might be, you know, able to give you real insight into the world.

But the genius of the writing is that there’s never a moment where the game full commits to Inland Empire being real. Like every other skill, it’s still a voice in your head making an argument. But Inland Empire also warps your perception: you start seeing things that aren’t really there. You start talking to inanimate objects, sense the void and the truth within it.

No one around you calls you crazy, they just sort of watch in confusion as you explain the world is ending, and you can see the ending. The Pale is more than a mystery to you, it is the mystery and you need to find out what it all means. Because no one definitively denies your claims about reality, nor does anyone really fully support them, you’re left to decide for yourself. Is Harry a raving lunatic or has he detached enough from the waking to see what is there, just beyond the veil? But that’s what makes Disco Elysium more than an RPG: Harry’s internal monolog is just that. You don’t have to share your theories about the ongoing end to things. About your sense of The Pale and the ghost you inhabit.

The voices in Harry’s head are unedited, uncontrolled. Your job is to decide what to do with it. Unlike most RPG’s where skill checks measure how you influence the world, so much of Disco is Harry trying to keep his spiralling, dark curiosity in check.

I think it’s so representative of why Disco Elysium’s writing is so engaging: you can skip Inland Empire entirely, and learn a little bit about The Pale from books and other characters. But like every other skill, if you focus on that voice in your head and let it grow, your perception of the world literally changes, point by point, reshaping how you’ll solve the murder, how you’ll interact with the people of Revachol, how you’ll find your way to the Sea Fortress. How Harry will claw his way back from the black empty and whether his mind will continue to eat itself from within and eek, gradually, inch by entropic inch, into eternal damnation.

Playing Demon's Souls when your life is already a numbing, beautiful cycle

The Last of Us Part II (1/2): Unverified Origins 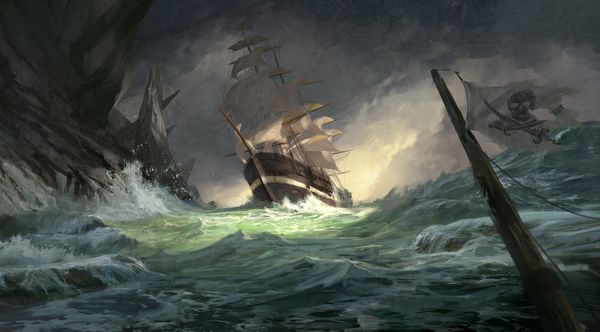 Ride The Lighting and The Jackdaw