Nothing comforts quite like nostalgia. A warm blanket of regression into a safe and juvenile state of existence. Time may bring advancements in technology and egalitarian values, but generally, we tend to think that things were better back then. When, let’s be real, they weren’t.

I’ll leave the nitty gritty explanations of why that is to the psychoanalysts. All I’m here to elaborate on today is this strange work of art which makes me feel some complicated things.

For those who didn’t have the privilege of growing up with The Game Grumps, they were a let’s play channel that stood above the rest. In the beginning it was these two guys, Arin and Jon, who played video games in a state of perpetual delirium. They had a friendship so natural and joyous, that it was impossible not to get sucked into their fever dream play sessions. After a year or so, Jon left to pursue his own creative interests, replaced by the equally loveable Danny. To this day, the pair have cultivated a pantheon of playlists that serve as a monument of what YouTube does best, the evolving meta narrative of people growing, that we as viewers latch on to.

Their unwaveringly wholesome attitude provided an escape for this angsty teen, no matter when or where. I could always rely on them.

In recent years, I’ve used them as a sleeping aid. It’s a positive distraction that takes no effort or concentration. It seems other people are also on my wavelength. There are 12-hour compilations on YouTube, literally titled Game Grumps Sleep Aid. It makes me happy knowing that other people have the same strange, subconscious proclivity for drowning out anxiety with wholesome conversation.

I feel like it’s the same thing when your grandma leaves her TV on all the time. Having Jamie Oliver telling you that you need more olive oil is better than the unending silence that sneaks up on you when the lights are off and suddenly you replay every bad decision you’ve ever made and wonder if it was all worth it.

You’ve probably seen those “lo-fi beats to study/relax to” videos of a cartoon girl sitting at her desk, just studying and chilling with her cat. It’s a statement about stress. Nothing is pushing you to do anything, other than to just… be. An antidote for apathy.

Similarly, Grumpswave is framing that feeling in a canvas of ennui. The combination of these entertainers talking profundity coupled with easy listening synthetic beats. It’s a weird conflation. It reminds me of the thematic contrast at the heart of synthwave. A surreal unity of desolation and vibrance. Something about the scepticism of knowing that it’s synthetic, yet it still strikes at a poignant vein. I imagine that’s why it’s become the music fused with the cyberpunk aesthetic. I can’t help but see K at the end of Blade Runner 2049, lying down on the steps, realising his inherent humanity in a fabricated world.

These “wave” series of videos don’t reach the climactic heights of dystopian fiction, it’s more akin to ennui. Those familiar with Shinichiro Watanabe’s works (Cowboy Bebop, Samurai Champloo) will be utterly familiar with this feeling.

There’s apparently a whole genre dedicated to this kind of ennui. A while ago I was introduced to these series of videos called Simpsonswave.

The latter is a bit more overt with its philosophical undertones, obviously. It’s Alan Watts musing on the mysteries of the universe while some RnB plays. I personally think Alan Watts is one of the most brilliant philosophers in recent history. He articulated a bridge between Eastern philosophy and Western thought in a way that disarmed obstinance and left people to ponder a bit more honestly with themselves. In fact, I always felt that his lectures were more music than philosophy. He penetrated your mind like that. Little wonder that someone saw the potential of creating art like this.

Grumpswave doesn’t alleviate any insecurity or cure cynicism. It’s an accentuation of the wisdom Arin and Danny provide; the perspective that everyone else feels the same way. Have the same struggles.

These “wave” videos unearth a profound nerve in me, and I hope the prevalence of these speak to something primordial that dwells in all of us. Something we can collectively feel.

It’s a necessary reminder that all content doesn’t have to be a kinetic, attention vacuum. I’m compelled to replicate this sort of profundity in the art that I create.

The vibes are real and tangible. It just takes some inspiration, and a clear mind.

Slow down, chill out,

Vienna waits for you. 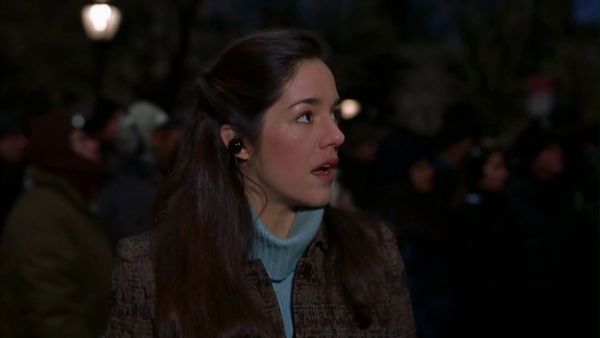 We Don't Talk About Charlotte From "Elf" Enough

WandaVision is Amazing and I Never Want to Watch it Again